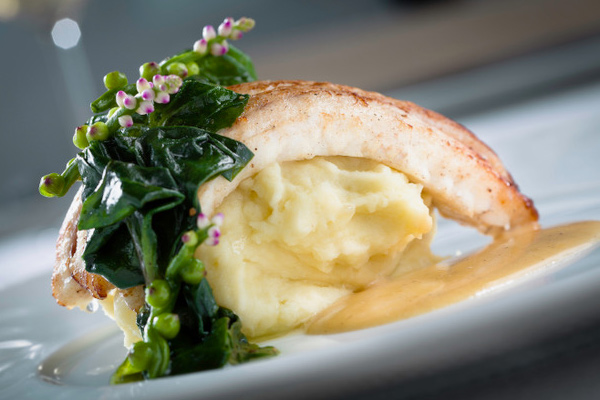 This dish I learned in part when working with a woman born in Key West named Betty Howard. Betty lived in the Bahama Village area of town and likely learned this way with delicate fish from her family. It is simple but perfect like many simple things can be. You will also learn to make a classic ‘Beurre Blanc’ sauce which can take you to a magical place in sauce making you will use over and over again.

Among his many masteries as a chef, Norman Van Aken is best known for introducing “fusion” into the lexicon of modern cookery. He is also known as the “founding father of New World Cuisine” – a celebration of Latin, Caribbean, Asian, American and African flavors.

He is the only Floridian Chef inducted into the prestigious James Beard Foundation’s list of “Who’s Who in American Food and Beverage”. He was a 2016 MenuMasters Hall of Fame inductee along with previous winners Wolfgang Puck and Jacques Pépin.